Definitely use them again and recommend them to ot

John Baethke & Son Plumbing is a wonderful company. They arrived when they said they would. They called before they arrived. Josh was friendly and very professional. I had 3 problems that I wanted him to look at. He gave me several options of what he could do and clearly explained what each would cost. He finished the job quickly and cleaned up before he left. I would definitely use them again and recommend them to others.

All in all, you won't regret doing business with J

I never thought I would feel compelled to Yelp! about a plumbing company. I never thought I would look forward to calling the plumber, either. Usually one calls a plumber mid-crisis and prays the repair won't be too costly or take too long. These guys are different. With every repair, they've given us good advice and reasonable options. While they're not cheap, the prices are fair for the superb quality of work delivered. And they warranty everything they do, including hardware you purchase through them. Where John Baethke & Son really shines, though, is in helping you make decisions for upgrades and renovations. We recently remodeled our bathrooms and these folks were the best partners you could ask for. They worked with us every step of the way and saved us a ton of time, money, and aggravation. Everything went smoothly and the results are first-rate. Where minor adjustments were needed, someone came out right away and got the job done. They don't cut corners in ways that compromise quality. The other great thing about them is that they're such a community-oriented business. I really appreciate that. All in all, you won't regret doing business with John Baethke.

Fantastic. We've used Baethke several times for different issues, and every single time they've been spot-on with prompt, courteous, clean, effective service. The folks are both friendly *and* professional (hooray!) and do a fantastic job providing options, explaining everything, and getting the job done!

They were excellent in every way!

John Baethke & Son Plumbing has done extensive work for my retail showroom, including replacing major pipes from my roof and hooking my drainage system into the City's line. This was a crucial project that had to be done while my retail flooring showroom (Home Carpet One) stayed open. John was on the job site himself and both he and his workers couldn't have been more accommodating. Every time they left or walked into my showroom they cleaned the floor behind them. They finished the job on time and within budget. They were excellent in every way. Since them I have used them for more minor work on our bathrooms and the service has been at that same high level. I trust John and the work his company does.

Terrific. We have never been disappointed in Baeth

Rodney from John Baethke & Son was here today for our yearly inspection under our contract with Baethke. He was very thorough and explained his findings in terms that I could understand. Also, he broke down pricing options for the work needed to be done today and for a future replacement of our water heater. He was terrific. We have never been disappointed in Baethke's plumbing technicians nor of the work that was done. We have had a contract with Baethke for many, many years and will continue to use them in the future. Thanks Rodney.

We wouldn't use any other plumbing company PERIOD!

We wouldn't use any other plumbing company for work in our home PERIOD! We realize that they're not the cheapest out there, but they're the BEST. We just had them out for the third time for work done, and upfront we knew exactly what we'd be paying them, no matter what came up. We've used other plumbers in the past that charge by the hour and took their sweet time to replace faucets, etc. We had 3 toilets replaced in our home today. When they were previously replaced (not by Baethke & Son's) the collars were not installed improperly. John's technician (Patrick) could have simply installed the new toilets over the existing collars, but instead let us know and replaced those. Most contractors wouldn't have even brought it up. John's crew is the most knowledgeable and professional that I've ever worked with across all trades.

When it comes to solving complex plumbing issues,

When it comes to solving complex plumbing issues, there is one call I make first and that is always to Baethke and Son, without exception. Not only have they helped me personally in my home with a couple of issues, but also professionally as a home inspector. I can't comment on many of the reviews posted here as I've no knowledge of the circumstances; what I do know is that you are paying for a process and level of education that comes with understanding how to solve problems. John, the owner, is as knowledgeable a plumber as you will ever find on top of the fact that he has a deep background in HVAC--a nice bonus. I've never received any negative feedback from any of our clients that have used their services in over three years. Not one. Can you find someone cheaper, of course you can...it's a competitive marketplace for plumbers and you often get what you pay for. Pure and simple.

If you want your plumbing installed correctly the

Absolutely the ONLY plumber I would use in Chicago. We just finished renovating all three bathrooms in our home at the same time and having John & his crew work on all of the plumbing was the best decision we made. I'll admit, I'm not interested in finding the cheapest plumber in town. When it comes to my home, I'm interested in professional excellence and I'm willing to pay for it. If you want your plumbing installed correctly the first time, if you want your plumbers to show up on time, to leave your home in better condition than they found it, to respond to plumbing emergencies like they're working on their own homes, call John Baethke.

Don’t let your plumbing problem turn into a nightmare. Schedule an Appointment by completing our online form now!

Rate and Write Your Review 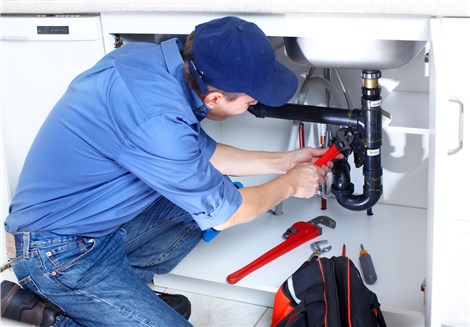 This is a limited time offer, please claim your $50 by contacting us today.